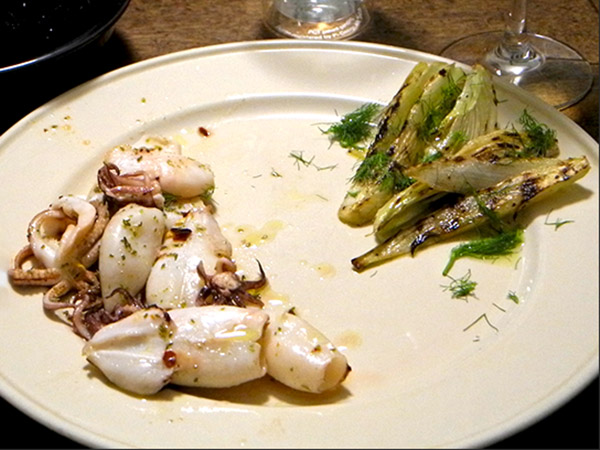 While these are baby squid, perhaps they are not baby squid (which might be only 3 to 6 centimeters long, including their heads).  They are however small, tender, and very tasty. I serve this dish often; the size of the cephalopods varies according to local market availability, but they are always delicious, and always very easy to prepare.

The recipe is included in Rose Gray and Ruth Rogers’ ‘Italian Easy: Recipes from the London River Cafe‘.  The book is a treasure.