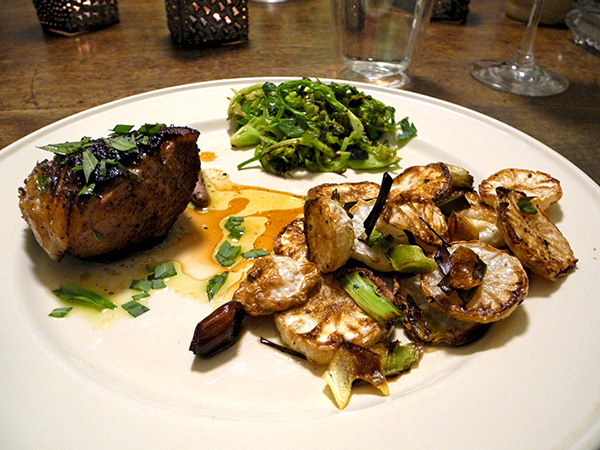 I had no misgivings tonight about lighting the oven to roast the turnips, in spite of the fact that earlier, while we were walking around the far west side near the Hudson, I had complained about mugginess.

Cool evenings: They’re one of the perks of the season.

This meal almost duplicated one I noticed I had put together this past March, but then I guess that sort of thing is inevitable after doing this blog for more than five and a half years.

But I think this time it tasted even better.