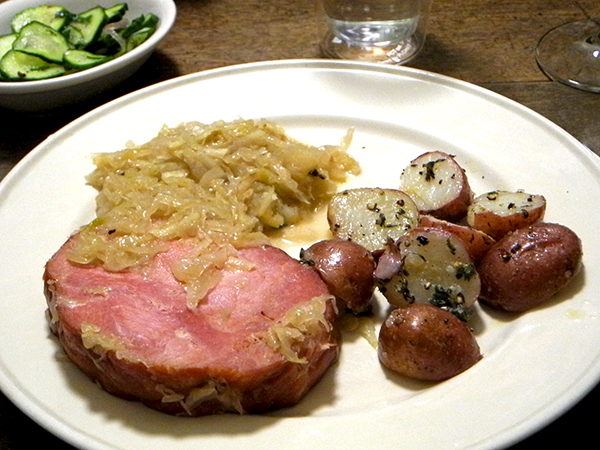 While I have to get it out of my system ever so often (cooking a genuine German meal), this time it was partly driven by my unanticipated accumulation of ingredients which, at least considered together, seemed to suggest no other choice.  It looks like a lot of food in the image above, and it was; we had leftovers, and they were delicious at lunch the next day.