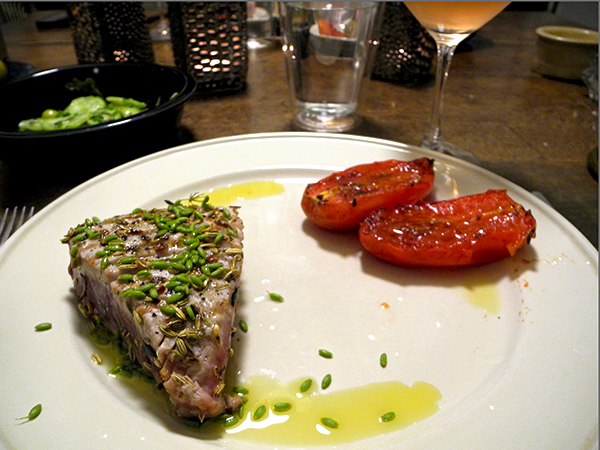 I thought, if dry fennel seed is great on a tuna steak, why not fresh?  And then I thought, maybe fresh fennel seeds would be spoiled with as much direct heat as I need to grill the surface, so I ended up sprinkling them over the steaks after they were grilled, and just before finishing them with a drizzle of olive oil.  I now think I’ll try replacing dry for fresh altogether the next time I have them available.