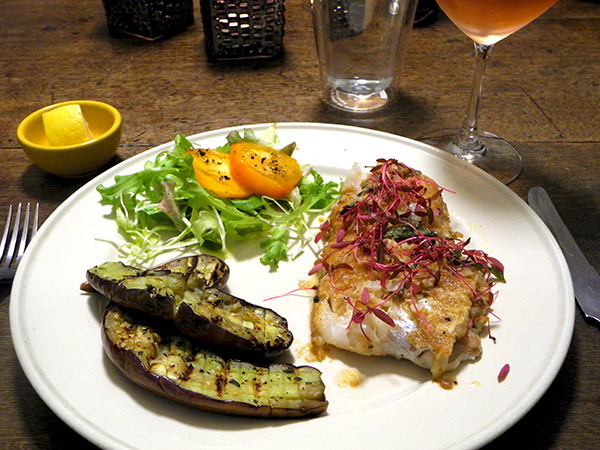 Note to self:  This was beyond any doubt, the most delicious hake I have ever eaten.

It was the chance assemblage of some very fine ingredients that made this terrific meal possible; that, and one very fine muse.

The hake was extraordinarily fresh, and although I have prepared slightly different versions of this dish in the past, none of them had involved amaranth microgreens, whose flavor seemed to have a special affinity with the sage leaves and lemon which were a part of the basic recipe.  In fact, it was my first outing with these beauties, which also provided a spectacular visual, both on the table and in the image on this blog post.

So, am I still in Italy?

The Mario Batali eggplant treatment brought me back to the boot, but the small salad which shared the plate as a third element still made it iffy. As with the hake, the grilled Japanese melanzane recipe was an old favorite of mine, but these three small fruits were juicier than any I’d had before, and seemed to have more flavor as well.

I just noticed that there are a lot of “baby”s and “small”s in my discussion of this dinner.  I hope it doesn’t make the meal sound too precious, because it certainly was not.

The plate was also a subtle rainbow of color;  the picture I’m using shows so much of the area above the food itself only because I wanted to include a bit of the color of the wine we enjoyed with it. 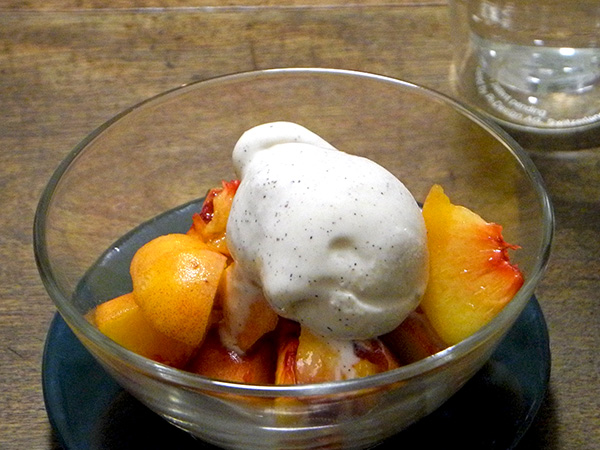