Yes, that’s a branch of oregano sticking out of the steak.  The idea of a garnish is generally alien to Italian cooking, but I’m not entirely strict about following cooking traditions, and I did have these two beautiful stems left over after preparing enough herbs to cover the two steaks.

We’re both very fond of Swordfish, and we appreciate the many ways it can be prepared, some of which I have worked with myself. This particular method relates to the Sicilian style (Trancia di Pesce Spada alla Siciliana), as described by Kyle Phillips, although lately I have taken the liberty of adding a very American ingredient, ramp fruit. 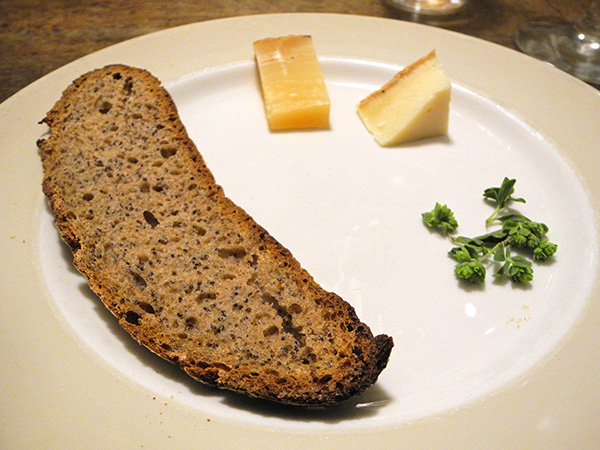