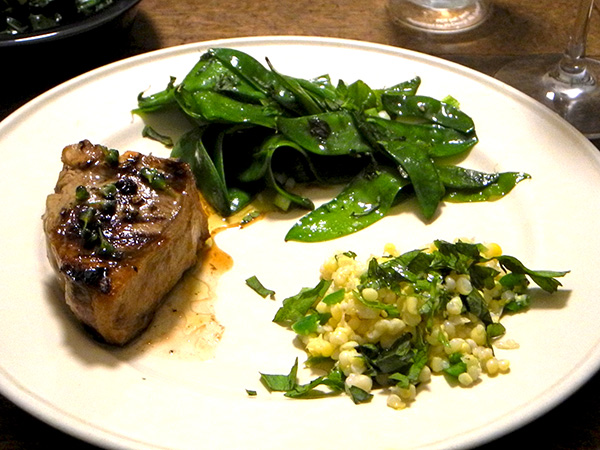 This meal was clearly dominated by vegetables, and, as is sometimes the case in our kitchen, the meat was more or less reduced to the role of a foil for their virtues. There were three ‘sides’, rather than the usual one or two, since a friend returning from a weekend in the country had surprised us late in the afternoon with a gift of some of her garden’s bounty.

This entire dinner, in spite of the fact that it included three dressed vegetables, took only one hour to assemble!