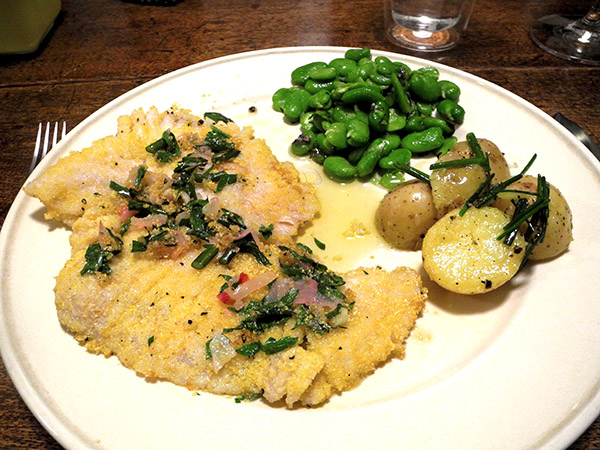 I’ve lost my paper ‘skate file’, at least temporarily, but with the help of earlier entries on this food blog, last night I was able to reconstruct my favorite ray recipe pretty much in the form I had used several times in the past.  This is, after all, the original purpose of this site, and it probably shows that it really can be used as a recipe source, at least for anyone who has more than a passing acquaintance with a kitchen.