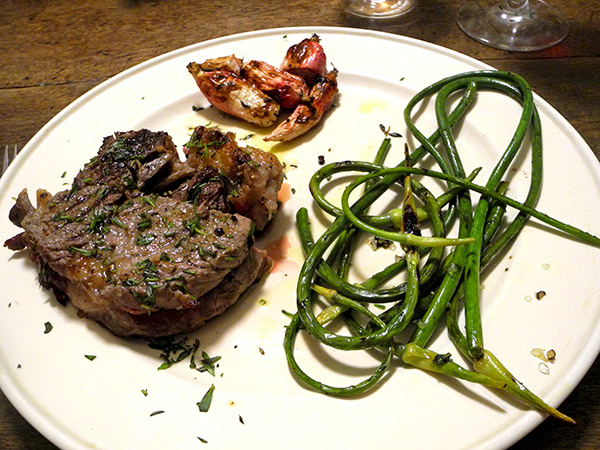 While we were enjoying this meal two weeks back, Barry said that he doesn’t want to have steak unless it’s as good as this one.

I hadn’t really planned a dinner for that Saturday evening, so it was serendipity when we found ourselves in the West Village, more or less shut out (because of the enormous line) of the last day of Gavin Brown’s crowd-drawing and crowd-pleasing show, ‘Untitled: 12 Horses‘.  Barry suggested we walk a bit further in the rain and check out what the people at Hudson & Charles might be able to tempt us with, and we went hiome with two beautiful Delmonico steaks.

We had a small cheese course after the entrée.