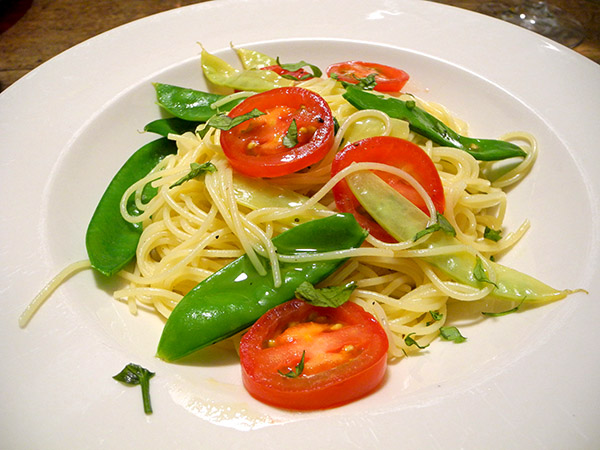 This was a very simple, very easily, very fresh summer pasta dish, which, because the spaghettini required so little cooking and the sauce almost none, barely heated up the kitchen.