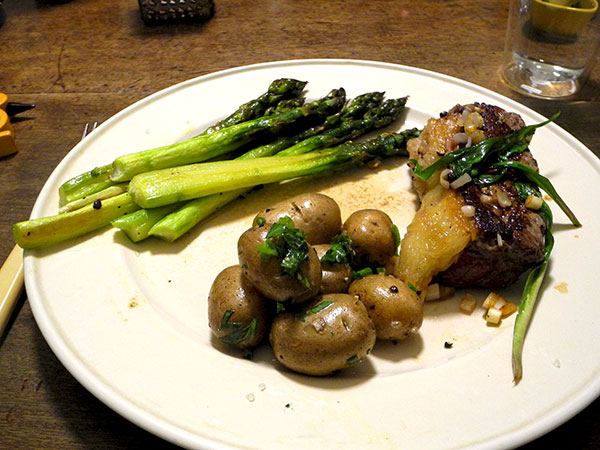 It was another anniversary, and the cool weather returned just in time for us to enjoy a meal in which two of its three elements asked for a 425 to 450 degree oven.