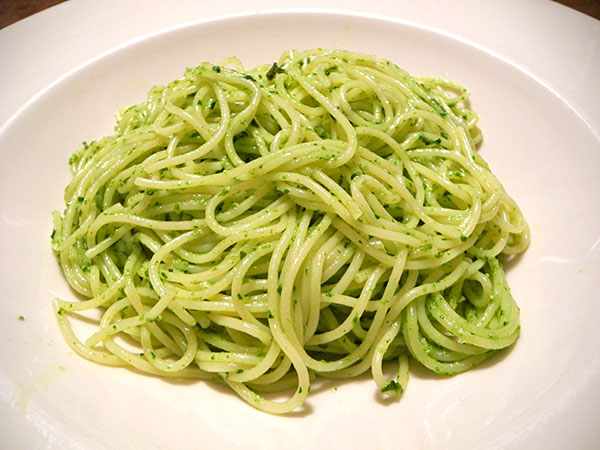 Note to self:  The rewards of this combination of pasta and green things exceeded its very modest parts.

I had been distracted by the need to work with other ingredients ever since I picked up a bag of sorrel at the Greenmarket, but I eventually found myself stressing out over what I would do with this fabulous herb/green before it self-destructed.  Tonight, faced with the need to put together something between a significant seafood meal and a more festive one involving a small rack of lamb,  I decided to take the easy way out and use it to sauce a good pasta.  Sorrel, the new basil!