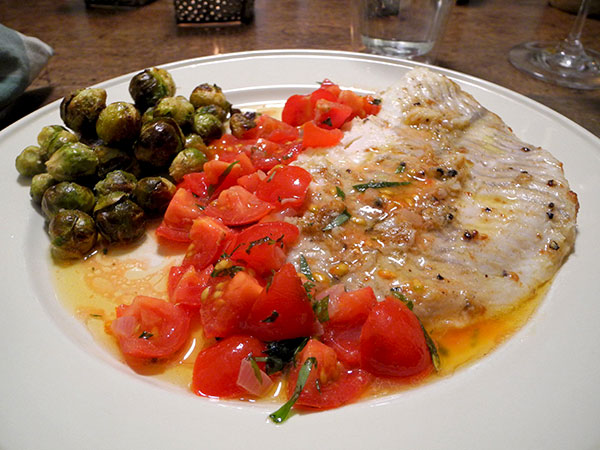 Note to self:  This recipe has been a winner every time.

This image, or some version of it, is becoming pretty familiar on this blog.  It’s because the recipe is as easy as it is delicious, and because it can adapt itself to any number of subtle variations, most of them involving the choice of herb.  It doesn’t hurt that it would be happy to make an appearance with almost any green vegetable as a side.