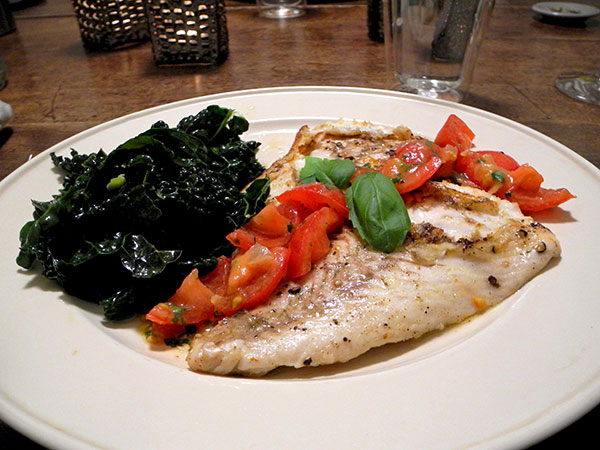 I love flounder anyway, but I have no idea why Barry and I both found this fillet even more delicious than usual.  I’d even say it was the best I have ever had.  It was serious, with an intense flavor which included a hint of shellfish.   Flounder is normally a delicate fish, easily filleted and easily prepared, but I now have serious respect for the flavor alone.

The fillet I bought from the fisherman that afternoon weighed in at slightly over one pound.  That in itself was unusual for our table, but was it the reason it tasted so grown-up?  Or was it the fact that I sautéed it in both butter and, my usual choice, olive oil?  Maybe it was that tiny bit of Chianti white oak-aged vinegar.  Wait, I just did a web search, and found suggestions that Winter Flounder itself, a local species, is particularly desirable for its flavor.

I used a recipe I found on the LA Times site, and made only a few adjustments.