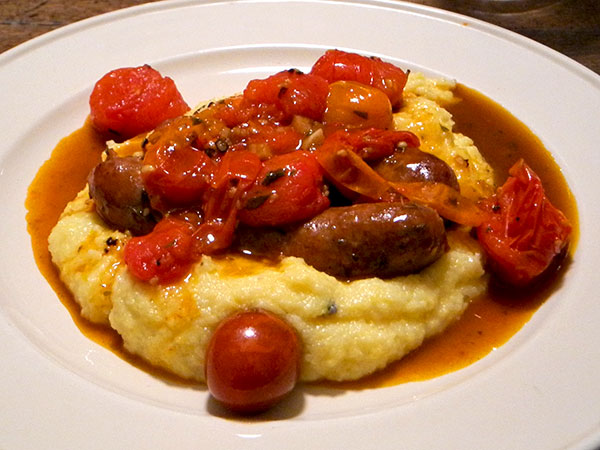 This is the kind of recipe that belongs in the kitchen arsenal of everyone who isn’t a vegetarian.  It’s more even more delicious than it sounds or looks, a dish which might make even a confirmed lover of the tropics wish for a cold wintry evening.  I found it on Jamie Oliver‘s site.  It’s basically the same recipe he used, even if my dish looks different, so I won’t repeat it by outlining the steps below as I usually do.  Instead, I’ll document the sources of each of the non-staple ingredients I used.