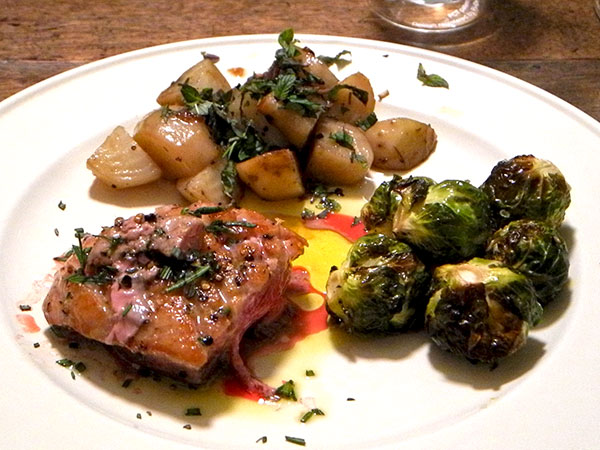 I took advantage of the fact that weather lately has been cooler than normal, so this entrée looks very much like winter, or at least like the more mature weeks of autumn, but I’m still expecting some more mild evenings, and meals which will reflect the gentler side of the season.