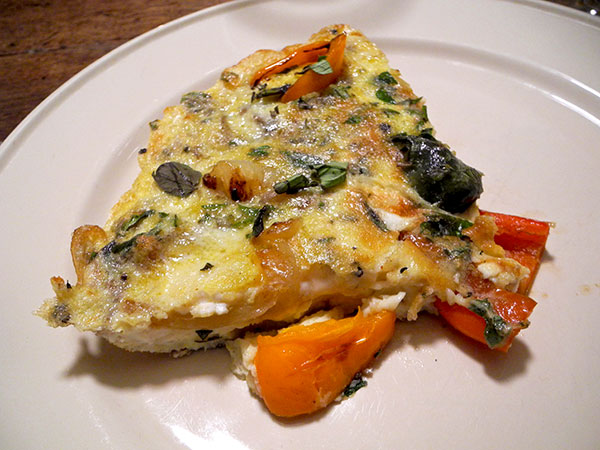 This entrée was an improvisation.  I had the ingredients on hand, I had a lot of confidence in their quality, and I wanted to use them while they were still fresh.

I should explain that the image should have represented a proper wedge (one quarter of the very juicy frittata), but it managed to attract some of the vegetables belonging to it neighbors.