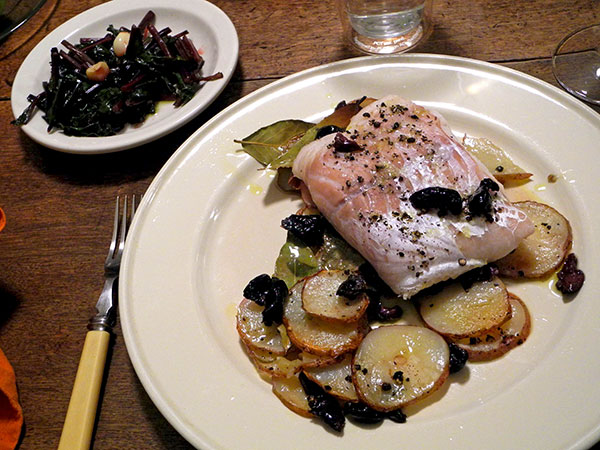 I discovered this recipe years ago through Mark Bittman, although, like so much else that works well in the kitchen it may actually be pretty ancient.  It’s a treasure, regardless of its pedigree, and it’s extremely adaptable.  I used hake this time, but it can also show off cod, monkfish, sea bass and a number of other choices.

By the way, the amount of oil called for in the recipe published in the Times might be reduced somewhat without compromising either the texture or taste of the potatoes, but what seems to be an outlandish amount of bay leaf and black olives turns out to be just about right.