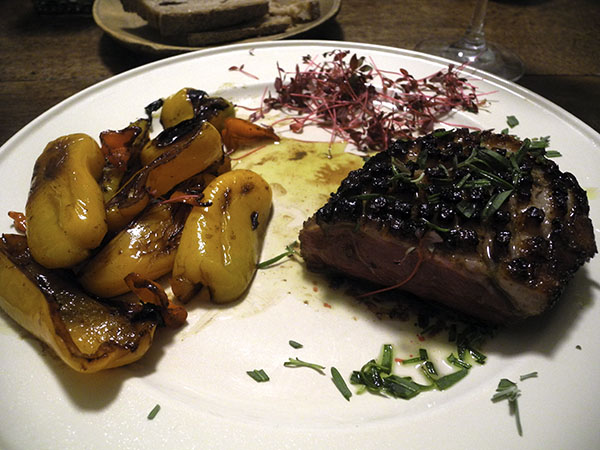 Could this actually be ‘seafood’? We eat a lot of fish, but last night’s entrée didn’t fall into that slot, unless we’re thinking of a position adopted, ounce, twice, or more, by the very clever prelates of the Roman church (cf. duck breast, grilled heirloom tomato, wilted lacinato, garlic).

A few notes about the cooking itself:

The meal was about peppers as much as it was about that delicious winged amphibian. 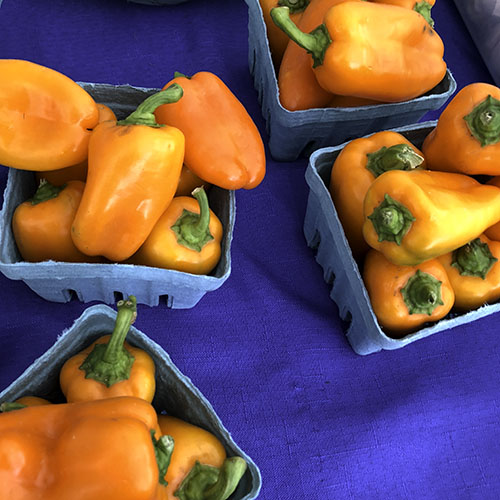 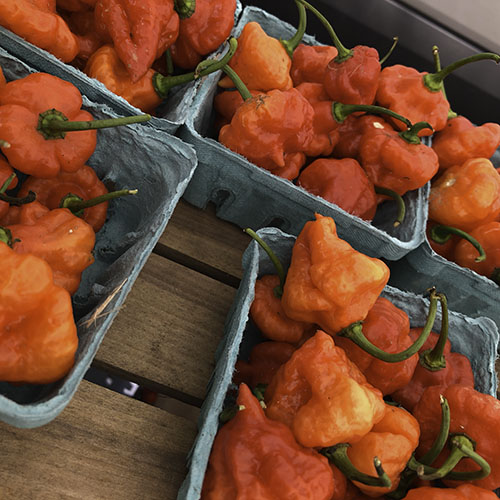