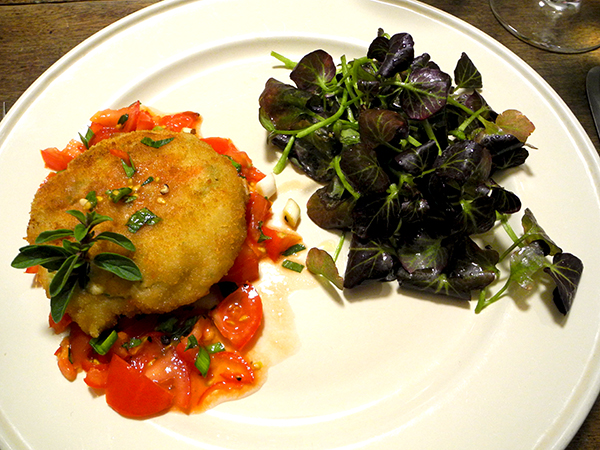 ‘midnight pasta’, but this time without the pasta

We had been to a holiday party, and although we had enjoyed some terrific hors d’oeuvres (Chinese-Portuguese tapas, actually), when we arrived back home we both felt we could use a little more substance. I had anticipated the probabliity by defrosting two crab cakes earlier in the day, the trusty central ingredient of one of my go-to, short-notice meals.  The whole deal probably took less time than boiling a pot of water, but it wasn’t a race, so who cares?