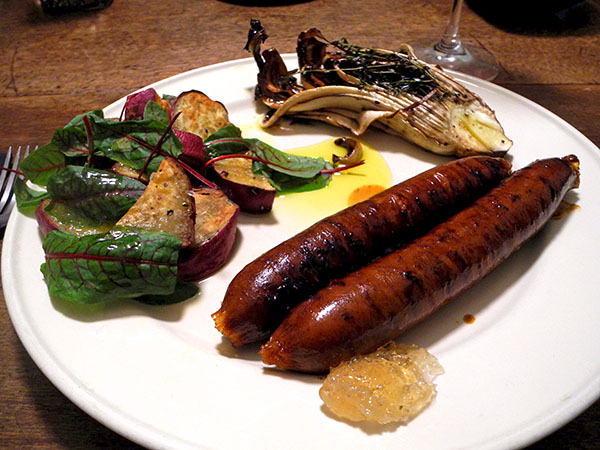 It was an amazing collaboration of ingredients, really surprising me when I had only expected a workaday dinner. I knew we would enjoy the very special chicory, even if it had come all the way from northern Italy, and of course the sweet potatoes as well. Adding some sorrel to the latter was a last minute decision, but it turned out to be a very good one.  Finally, I always forget how good this Amish farm’s spicy chorizo really is, and (almost) the last of a jar of a wonderful well-made sweet/tart jelly was exactly what it needed.