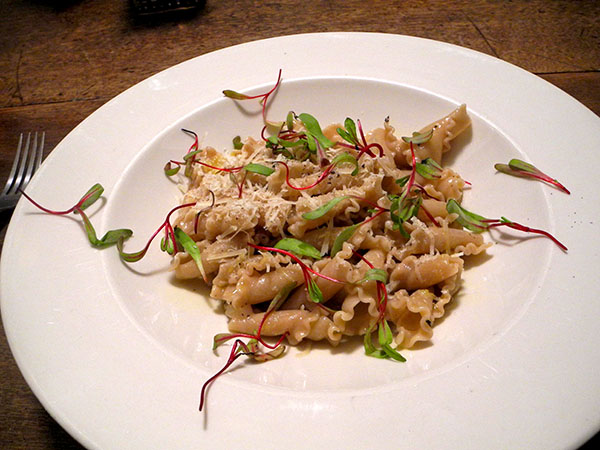 We could have ordered a pizza, but I thought it would be good for both of us if I cooked a meal that night, however simple, since I’d been away from the kitchen for 4 days.

We disembarked from Philadelphia at Penn Station, which is only 6 or 7 blocks north of us, at around 9:45 on Sunday night. A little more than hour later we were sitting down to this pretty dinner.