The pork chop recipe is a classic, but I may never have worked with cuts this thin before. It meant that it was more difficult to get the kind of juiciness characteristic of this cooking treatment, but by cutting the original recipe’s oven time almost in half (the recipe is described here), I came pretty close to the ideal.

There was a cheese course. A dab of an Italian quince compote was added to the plate after the photograph below was taken (a very welcome guest). 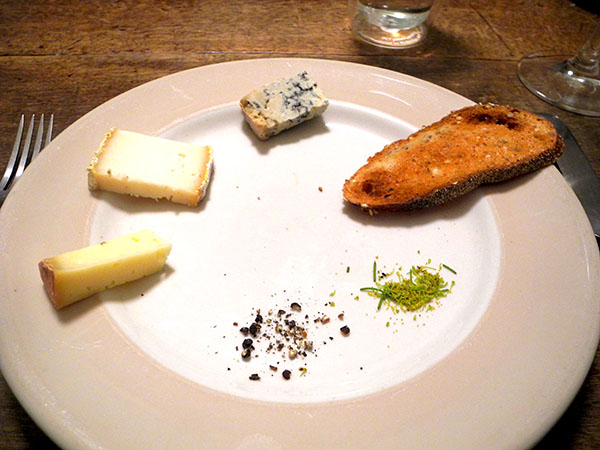