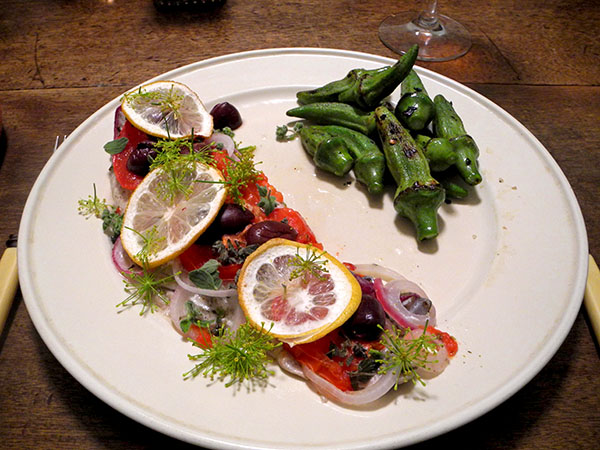 I’ve now prepared this dish twice, and last night it was at least as delicious as the first time. There is a lot going on in it, but I’ve become convinced that bluefish was made to be richly accompanied: It’s not like this strong fish is likely to be easily overwhelmed by anything, even this combination of tomato, onion, wine vinegar, dark olives, lemon, a spicy pepper, and a couple of herbs. 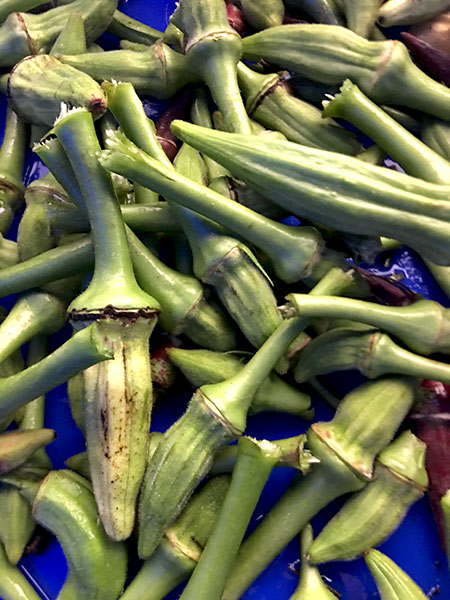 The okra looked very good inside the farmers’ tent in Union Square, and I picked it to accompany the fish, because, as something of a Hellenic staple, it would pair well with a fish preparation described as Greek.

I would usually add a bit of pepperoncino to the okra, but since I was using some with the fish, I decided to substitute a bit of dark dried habanada; the results were subtle, adding a complexity to what is normally a pretty straight-forward green vegetable.