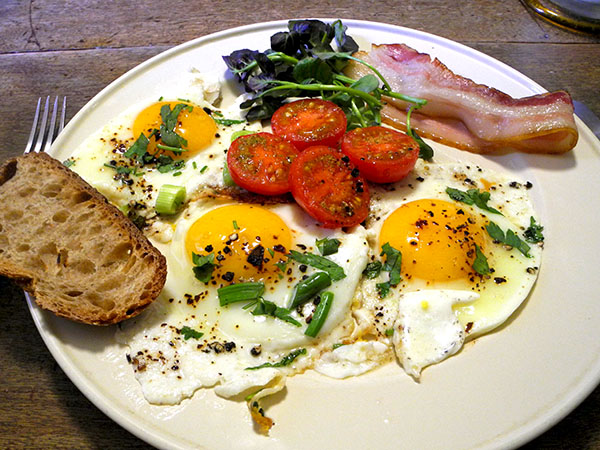 We already know the story. So why am I bothering to post another fairly routine Sunday breakfast? Because it was there; because we love breakfast; because the photo of this one is a little prettier than some; also, those 3 golden yokes are particularly perky.