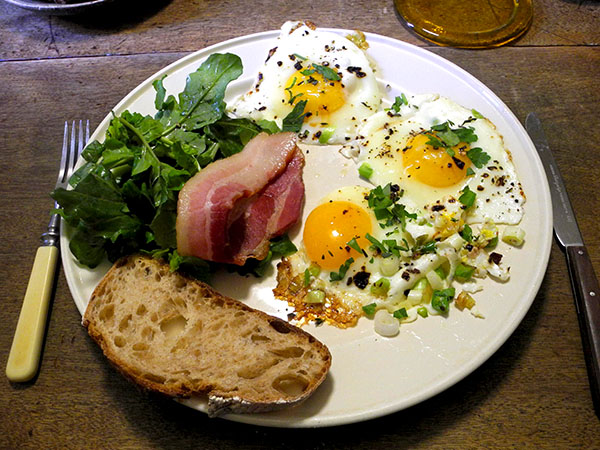 I went easy on the trimmings for this latest breakfast/lunch, at least compared to some of my more recent approaches.