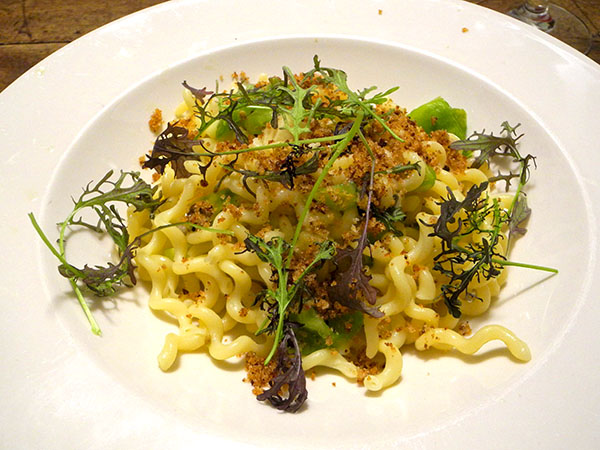 It managed to look like a bit of Scottish heath, but it’s a very Italian pasta, and just about everything else comes from our local, albeit extraordinarily heterogeneous farmers.