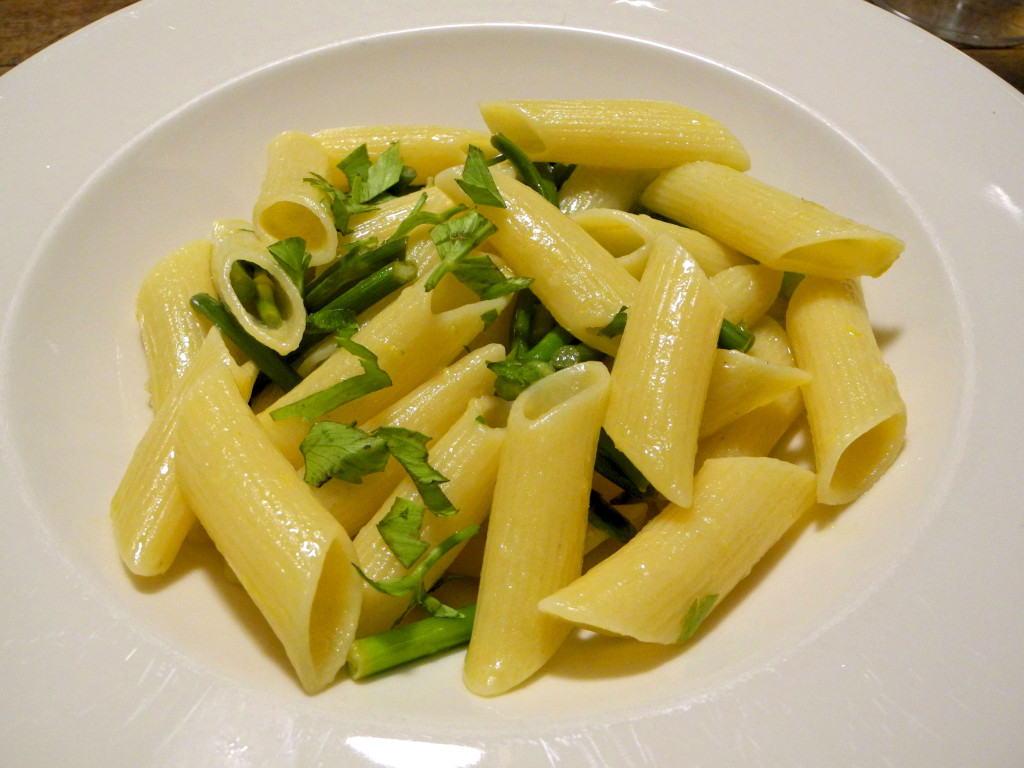 This dish was even better than I had imagined it would be. The whole exceeded the parts, even though all of the ingredients were already stars at the start, as far as I was concerned; when they got together, they totally outdid themselves.

It was also a very easy meal to prepare, produced little more heat in the kitchen than what was needed to boil the water, and it came together very quickly.

I came across the basic recipe while searching on line for something to do with garlic scapes and pasta (maybe I was too mentally lazy to go it alone, but I’m also always hoping for a surprise when I search the internet). I substituted a great penne for the spaghetti specified, and, simply because I could, I added an herb, lovage to be precise.

Note, and an admission: I neglected to add salt and pepper to the mix, somehow not noticing that both were mentioned in the recipe, and thinking it was purposeful, because of the amount of lemon included. I will add both the next time I visit this super recipe, but I have to say, neither of us missed them their punch this time.