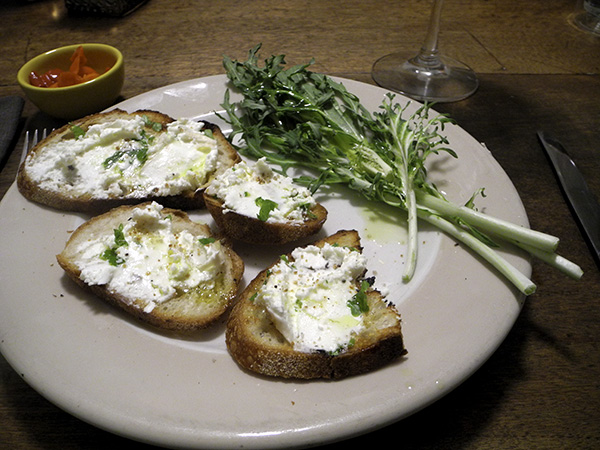 It was a beautiful Sunday dinner, pretty minimal for all of its luxuriousness. 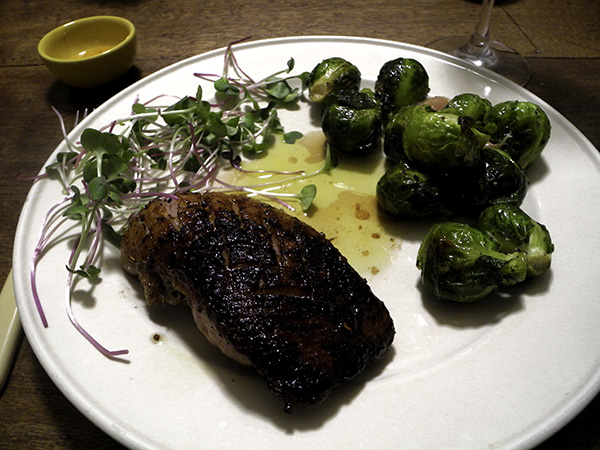 The main course was both familiar and new. The recipe was very familiar, but the the breed of duck and its farm source were new, at least in my cooking history. 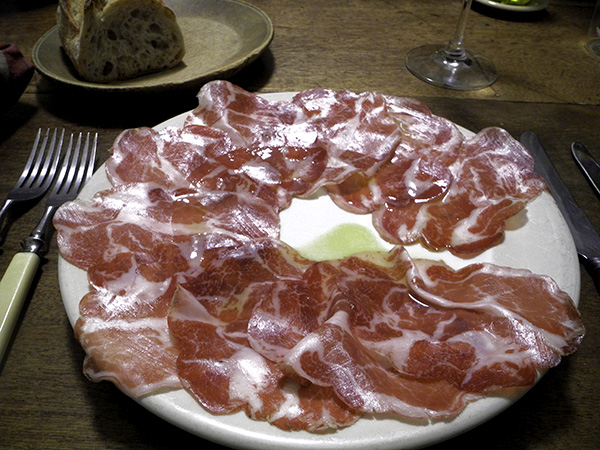 It was the day after a feast. It may have still been some people’s holiday, but we went easy on December 26.

There was a beautiful first course of an excellent salume. 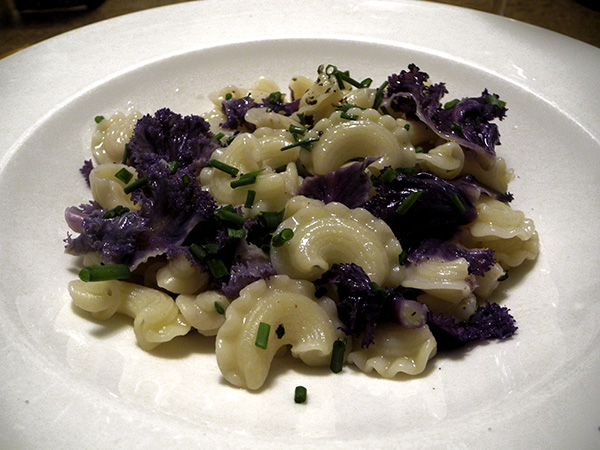 The main course was a fairly simple pasta dish, but it too scored in both color and taste departments. 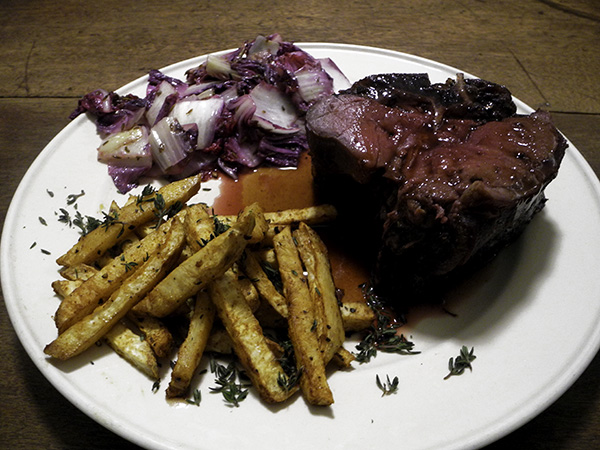 It was a very special dinner. It was Christmas, but it wasn’t a Christmas dinner.

Also, this was not a reindeer.

The special part was that it was the feast of winter, which goes by many names all over the world, but which is always observed at around the time of the winter solstice.

The featured guest was deer, red deer, and it came, not from anywhere near a real or fantasy north pole, but from New Zealand, arguably today the source of the highest-quality farmed venison This is at least partly attributable to a wholly temperate climate that allows deer to be raised on excellent pastures all year round (I’ve always thought of New Zealand as Scotland without the interesting complications, but definitely a welcoming environment for game, so long as you weren’t of the persuasion of the hunted).

Deer are not native to New Zealand; for that we have to thank nineteenth-century New Zealand settlers.  In the 1850’s and 1860’s they imported eight different species, but mostly Red deer, releasing them into the wild for sport hunting. The animals thrived in the mild climate and the predator-free environment, and their numbers were soon causing severe damage to the native forests, so in the 1930s professional hunters were called in to reduce the population.

Decades later, or some fifty years ago, entrepreneurs began sharing the culled animals with Europe, where there had always been a big market for venison, and soon after that, with demand outpacing the supply, the first farms were established, many of them with huge open pastures, fenced – ironically, because of the history – from hunters.

The meat began to be marketed in the U.S. in 1975, and I think I’ve been cooking it almost since that time.

The excellent recipe I followed on December 25th comes from a feast held at the painter Marc Séguin’s farm in Hemmingford, Quebec, and described in the New York Times in 2008., but I did not include the carrots or the onions, since I had other plans for a vegetables accompaniment.

It may have been the best venison I have ever had.

Don’t be afraid of the generous maple syrup element, as once it’s combined with the other ingredients, and fully cooked, the sauce had gone way beyond its origins and become just a rich complex game sauce. 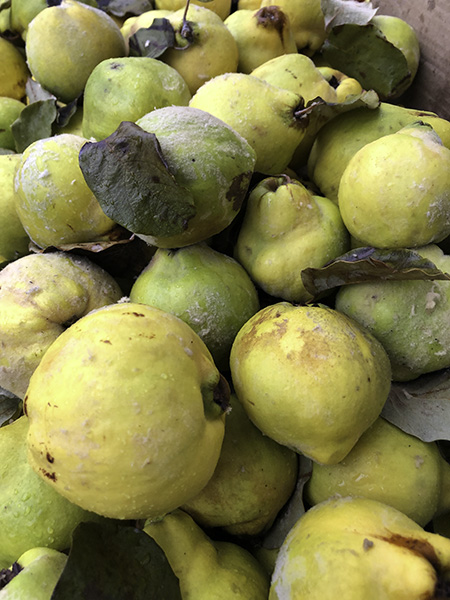 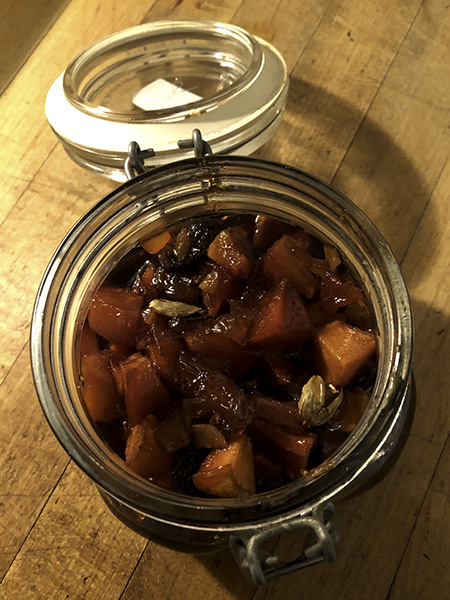 quince chutney [not yet on the plate when it was photographed], mostly using this recipe, but substituting a mix of raisins for dried cherries, and candied slices of ginger for fresh ginger 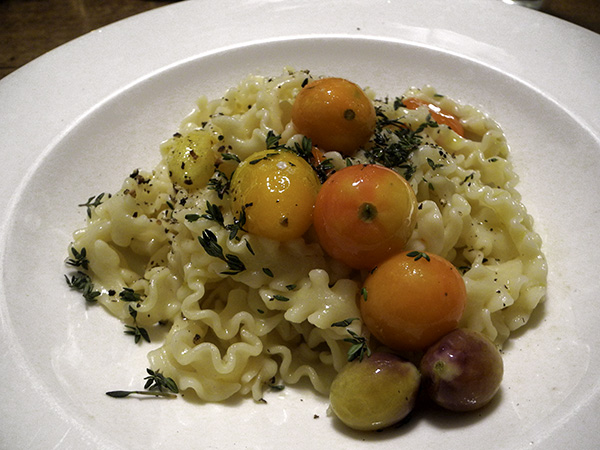 It was the eve of Christmas, which we observe mainly with good cheer, a little irony, and a good meal, one that’s always on the light side, anticipating an even greater treat the next day, an approach, for what it’s worth, that mimic’s the Christian devotional tradition.

Mafaldine happens to be one of the most fresh beautiful pastas in Eataly’s shop (it’s also a great name, and reflects a fascinating story), so of course, almost as often as I spot it, I try to come up with something special to enjoy it with.

But first there was an antipasto. 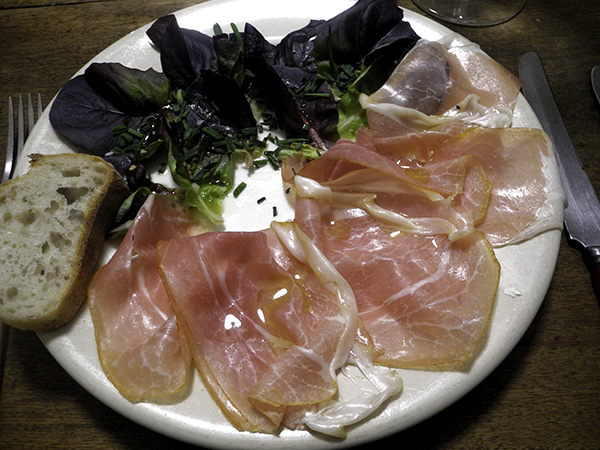 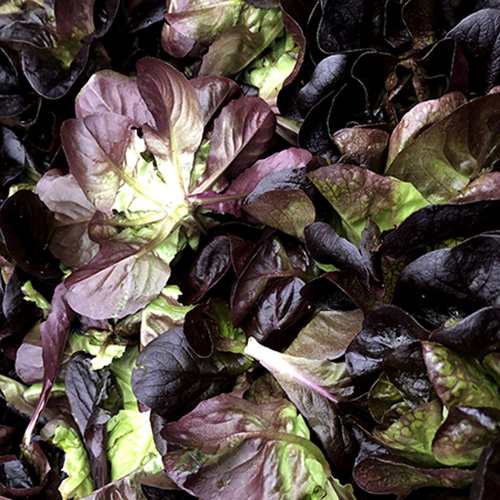 The pasta course was just as basic, as it merely combined a great fresh form with a great fresh summer survivor, some tomatoes that had managed to hold off until winter. 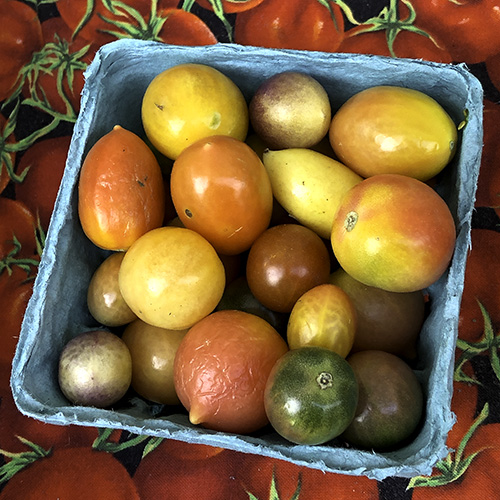 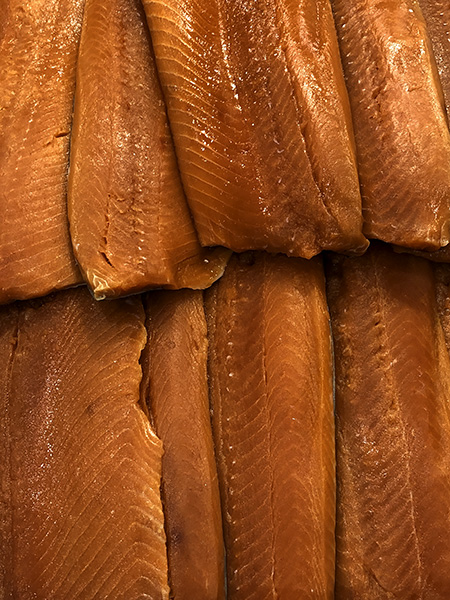 The Pacific Northwest (Alaska waters?) salmon at our local Whole Foods Market looked particularly good on that Monday, and the price was really good. Besides, earlier in the day I had learned from the GrowNY site that there would be no fish at the Union Square Greenmarket that day, all of which goes toward explaining how this meal came together as it did. 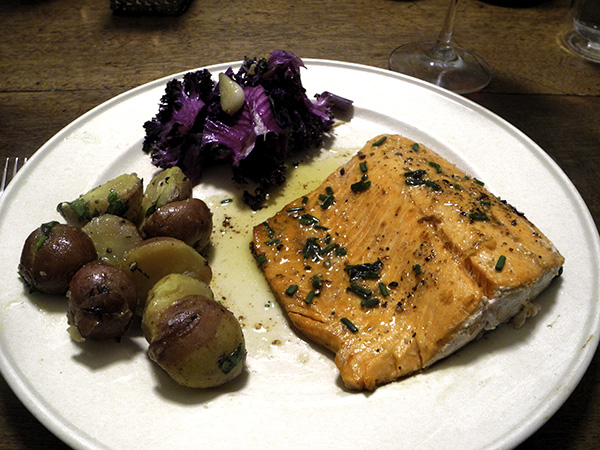 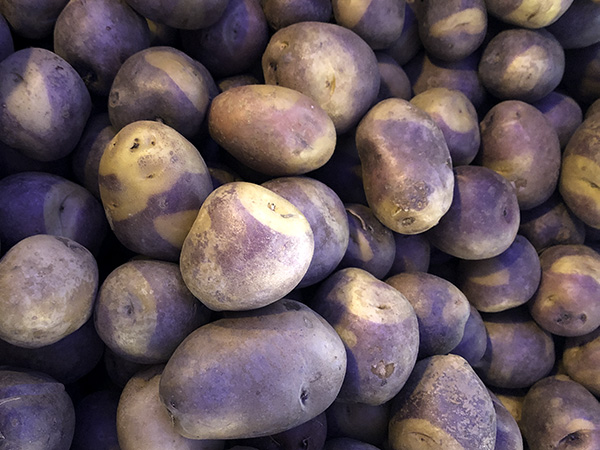 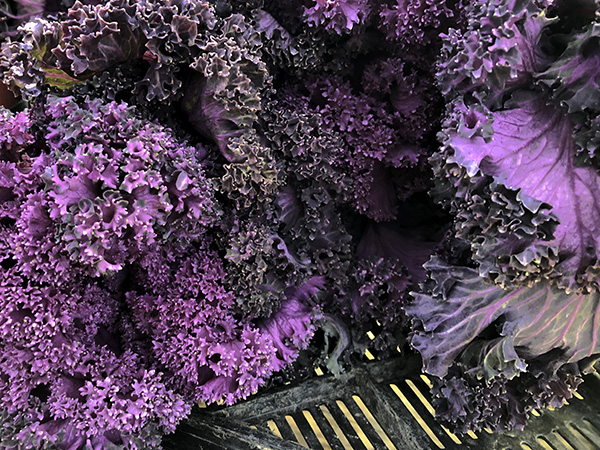