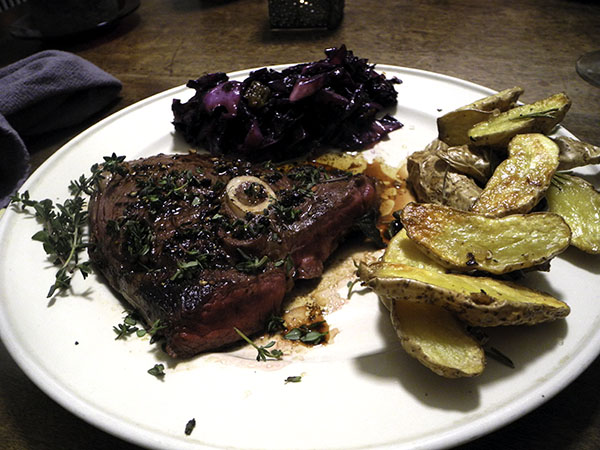 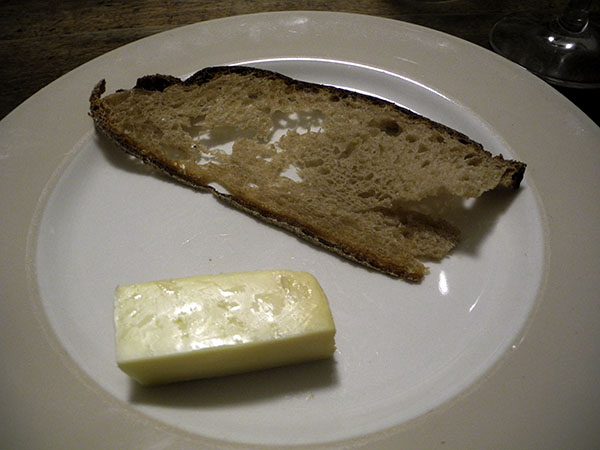 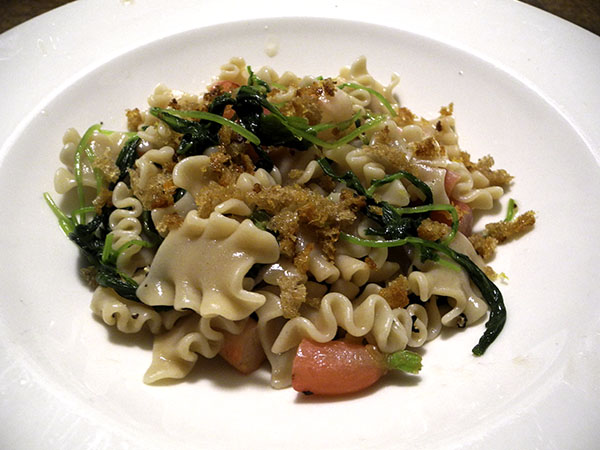 Thanks to the radish. 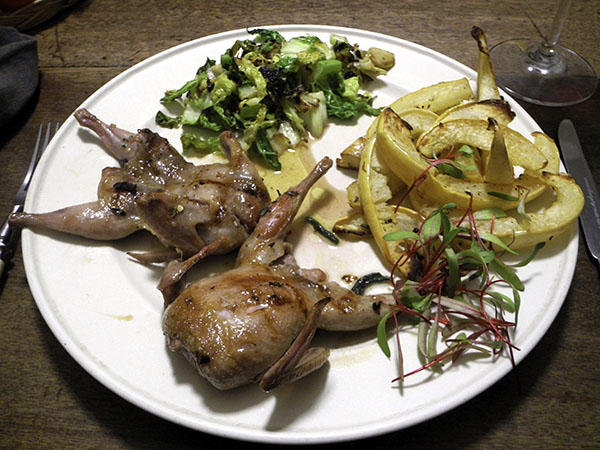 The quail may have been domesticated, but it still tastes wild, which is a very good thing.

It’s one of our favorite entrées, even if it doesn’t appear on our table very often. It only showed up this time because, while looking for something else inside the packaged meat case in La Macelleria at Eataly Flatiron, I spotted a bag with 4 unfrozen partially-deboned quail. 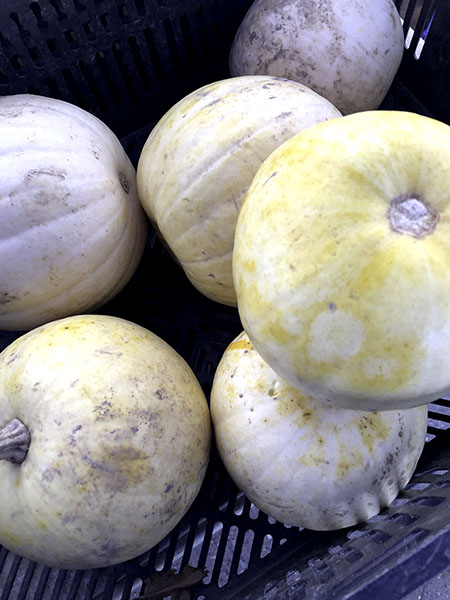 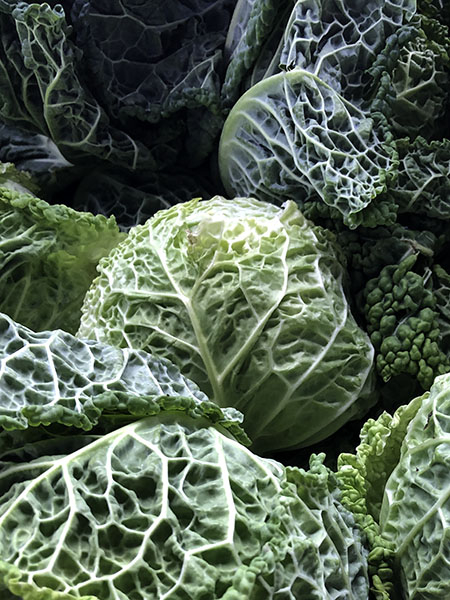 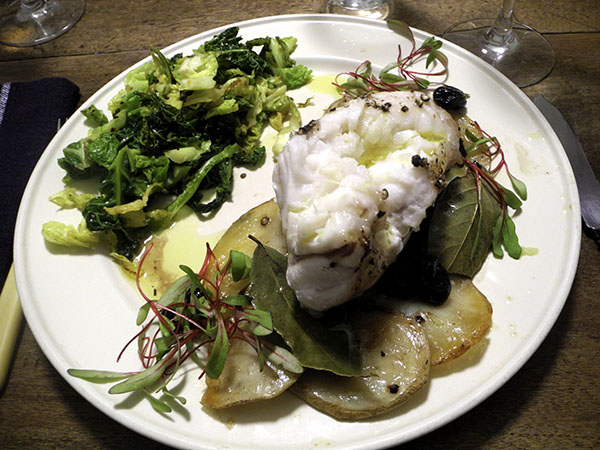 We were entertaining guests from Berlin, one of whom hadn’t been to our apartment for dinner before, at least while we were there (we had exchanged apartments for a month). Neither meat nor pasta could be on the menu. I wanted to serve something which we would all appreciate, and which also would allow me to be a part of the conversation even as I was cooking.

The monkfish looked terrific at the market that afternoon, and I had a great Mark Bittman recipe which by this point I could process blindfolded. Unfortunately the ‘tails’ (the term almost always used to describe monkfish bodies, probably because their heads are disproportionately huge and pretty horrific in appearance), were larger, and, more importantly, much thicker than any I had worked with before, their cooking time was way longer than what I had anticipated. Luckily the potatoes were very forgiving about having to endure a longer stay in the oven, and the meal actually turned out well.

I did end up learning a couple of useful lessons because of the delay: Consider carefully the surprising  mathematics of ingredient sizes, and buy smaller monkfish the next time.

We hung out in the breakfast room (the dining room that evening) nibbling on our archetypal small spread of breadsticks, roasted chick peas, and Fiori di Puglia Taralli al Peperoncino, all from Buon Italia.

There was a bit of an interval before we sat down for the main course, for the reason recounted above. 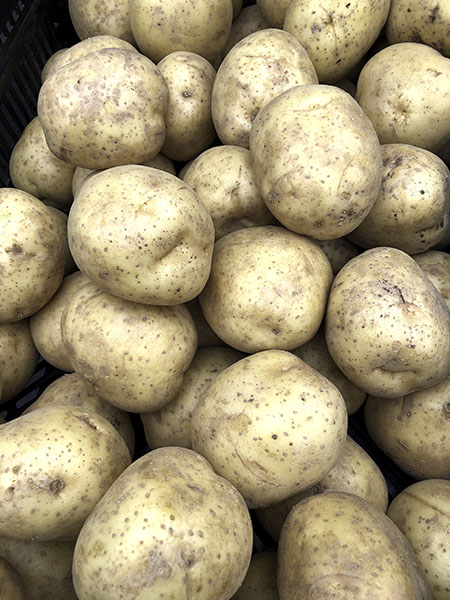 The cheese course, unusually, had a little bit of everything: In addition to the 4 cheeses, there was bread, dried and fresh fruit, a micro green, and a good wine, so we lingered, also maybe a bit longer than usual. 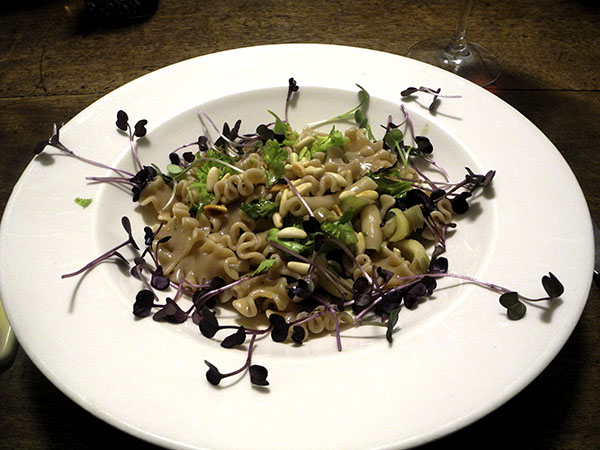 I’ve found it impossible to serve anything but a delicious meal when I use one of Sfoglini‘s local artisanal pastas.

While they each have great individual flavors of their own, they can also be canvases inviting a cook to be as creative as possible with whatever might be in the kitchen, and sometimes the smallest additions can be the most effective.

These packages (half of a box is enough for an entrée serving 2 people) are also among the easiest and least expensive entrées of any kind to prepare, although, especially with the simplest additions, in smaller portions, they are also perfect as appetizers.

There was a small cheese course with a big cheese. 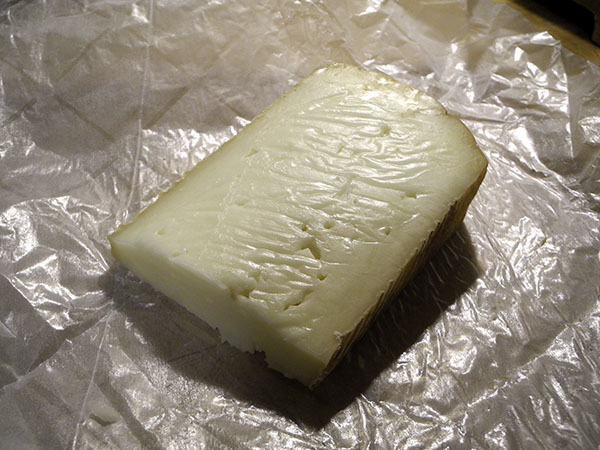